Hi hi. Even though more than half of these movies have already come out, I am determined to force-feed you the list that I made at the beginning of summer for the films I want to see. Mainly because I’m procrastinating again, and I am stalling all the homework I have to finish by this week. School is terrible for your health during the summer, it gives you allergies to life. So go bike around, bake a cake, wait a film, or the fireworks, sleep all day, that’s what summer is for.

5. The Kings of Summer

A comedy-drama film that first premiered at the 2013 Sundance Film Festival, this light-hearted film stars Nick Robinson as Joe Toy, a highschool boy on the verge of adolescence who finds himself increasingly on edge with his single father, Frank (Nick Offerman). Together with his best friend, Patrick (Gabriel Brasso) and a strange tag-along kid named Biaggio (Moisés Arias), they find a clearing in the woods where they build their own house, a place free from their suffocating parents. Free at last, they are now the kings of their own lives. While it may not be realistic, as most teenage boys hardly know how to do their own laundry, much less survive in the woods for over a month, this is still a decent coming-of-age film that makes you reminiscence of those days when freedom from your parents was all you ever wanted. If you ever get tired of all those action-superhero-Hollywood-blockbuster films this summer, The Kings of Summer may surprise you.

When detective Nick Walker (Ryan Reynolds) is killed in action, he finds himself recruited as part of the R.I.P.D. – the Rest in Peace Department, the undead police department dedicated to hunting down the evil spirits who refuse to move on into the afterlife. Partnered with a veteran officer,  Roy Pulsipher (Jeff Bridges), Nick tries to find the man who killed him while catching the souls who attempt to escape judgement and the afterlife. While I’m usually not a Ryan Reynolds fan, the trailer looks to be a promising sci-fi film. Plus, have you seen Mary-Louise Parker as the Proctor in the trailer? She looks hilarious. Hehhehhahahahaha.

END_OF_DOCUMENT_TOKEN_TO_BE_REPLACED

Here we are again, another holiday where we are tricked into spending more money on the economy. Why can’t we show our mothers love 365 days a year instead of once in the merry month of May? But then again, I too fell victim of corporations telling me I have to spend spend spend to show my mother love. I’m telling you, I was just checking the stuff out at the counter at Sears, but that saleslady was so aggressively good at her job. She also gave me a free copy of Elle’s Canada and a stick of lip gloss/mascara for free. I am a sucker. I am also now very much poorer, and can hear my bank account crying from the weight lost. Oh well, happy mother’s day everyone. 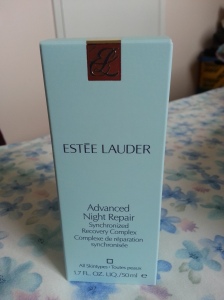 Agnes from Despicable Me 2 also wishes mothers everywhere a happy mother’s day in this adorable clip.

Here’s another catastrophically cute clip about how to show people you love them; through cooking! I wish I had a dog that cooks for me too… Show Madeline Sharafian some love by viewing her other videos here.